Back in our hometown of Berwick, for the first time in a while – A charity mini-festival, organised by the good people of the animal rescue kennels (B.A.R.K).  The venue: Castle Hills Farm Berwick.

We were joined once again by proper musicians and good friends of ours; Summerland, Pyre and Hardly Original. (My vote for best song of the day goes to Pyre’s version of Pearl Jam’s Jeremy...just saying)

Couple of newer songs in the set – The Boxer and Boys of Summer - Alan coming up with a brand new excuse for forgetting the words: Obesity – otherwise known as fat on the brain. Or just fat brain.

Anywho, the gig was a stormer and everyone left full of beer & burgers and no-one demanded a refund. Job done.

And last but by no means least; we managed to reach over 1000 FB likes!

Hats off to all the organisers at B.A.R.K. ,Isla B and all the Live Earth sound crew (Ian B/Alex/Michael/ Keith).

Cheers 'til next time, 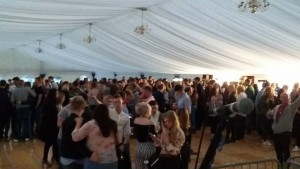 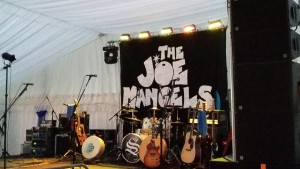 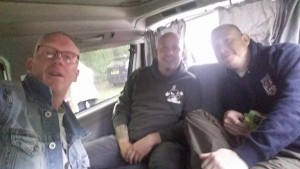 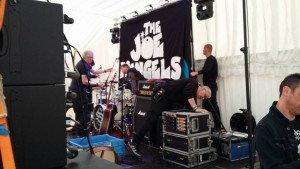 So we did our first open air gig of the year a couple of weeks ago, undercover in a huge tent. Jedburgh was the venue, at the annual rugby Sevens event. This was the first time we’ve played at a Sevens tournament, and I have to say it was great fun. The venue was at the same place as the Riverside Rock festival, one of our old stamping grounds.
Time was tight, with the stage to be built, a sizable PA to be set up, and two bands to soundcheck in two hours. However, it all came together, and it was great to play in front of a sold out one thousand strong crowd.
Our pals Scocha were the headline band, and we always enjoy playing with them. We’ve got a few more open air gigs in the pipeline this summer, including the brilliant Lindisfarne Festival (31st August – 3rd Sept.) If you live in the Borders or the North East then you really need to get to this festival, I can’t recommend it enough. More on this one nearer the time.
There’s a very strong rumour that we are about to do some recording soon, and dare we say it – maybe even a video – who knows? No smoke without fire! 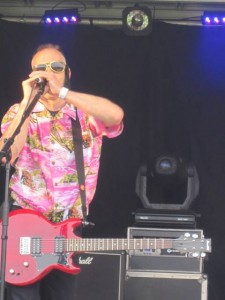 Well we finally got our outdoor gig season underway Paxton House and last weekend in Berwick at Shielfield Rocks. Unfortunately the weather hasn’t been great but there’s time yet. On the subject of gigs, here’s a few we have confirmed so far :-
Friday July 15th – The Albion – Spittal
Friday July 22nd – The Black Bull – Wooler
Saturday July 23rd – Belford Play Park
Sunday August 14th – Spittal Seaside Festival
Saturday August 20th – Festiville – Coalville Leicestershire
Sunday August 28th – Swan Fest – Lowick
Friday Sept. 2nd – Lindisfarne Festival – Beal Farm Northumberland
Saturday Sept. 3rd – Coquetfest – Druridge Bay – Northumberland
Our next gig, at The Albion in Spittal is something of a rarity, we don’t often get to play pub gigs in Berwick so we’re looking forward to this one. It’s for a great cause too, helping out a very good friend of the Mangels, more on this gig soon. Hopefully we can pack the place out!
Then it’s back to Wooler for another one of our twice yearly gigs in the Black Bull. These gigs are getting better every time, always a great atmosphere and usually packed. This one will be right at the start (although not officially part of) the Glendale Festival.
The day after Wooler we’ll be at Belford, as part of a great varied line up, in aid of the Air Ambulance.
Next up is Spittal Seaside Festival, we played there last year and it was great fun, a fantastic little festival, and well worth a look.
Next gig is a road trip down south to Leicestershire, to play at Festiville in Coalville. This is a great chance for us to play in a totally new area, and we can’t wait for this one. We’ll be temporarily altering the Mangels line up for this show, more on that later. Thanks to Weab from Dirt Box Disco for helping us with this gig.
Swan Fest in Lowick is usually quite informal for us (is that the best way to describe it?) Another great little festival, held in the White Swan car park.
After that we have a huge weekend, playing the Lindisfarne and Coquetfest festivals on consecutive days, these are gigs we’ve been wanting to play for a while. Hopefully we might even see a few Mangels regulars there!
We’ll be adding more gigs to the list as they are confirmed, so watch this space!

a>Well we’re about to begin our live gig season for 2016, starting at the Paxton House Scooter rally on Friday. We’ve played the scooter rally a couple of times before, but this will be our first time at the Paxton venue. It’s always been a pleasure and despite the fact that we’re a bit different to the other bands, we’ve always had a good reception. Hopefully the weather will warm up a bit.
Also coming up we have some festival gigs which I’ll look at in more detail nearer the time. These include our second appearance at Shielfield Rocks in Berwick, in a very interesting line up. In August we are heading a bit further afield to play the Festiville festival in Leicestershire, then back up home for Coquetfest and the Lindisfarne Festival.
As well as those, look out for our usual smaller gigs, including a long overdue return to Galashiels. And the more observant might even spot a guest Mangel filling in for one us at some point! 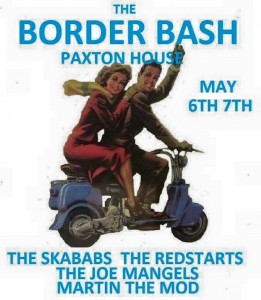 I’m finally back from down under after the longest journey in the history of mankind, and the worst jetlag since the first recorded case, in August 1746.
And it’s back to Mangels business. Spring is about to get Sprung, and we’ve got plans afoot. We spent last weekend shrouded in secrecy, taking part in a project in Edinburgh. I’m not allowed to say what we were involved in yet, but hopefully all will be revealed in a couple of weeks. Let’s just say it’s not what you’d expect!
We’ve also been back rehearsing, my amp has risen from the dead, thanks to the wonderful folks at Marshall Amplification. Can I just take this opportunity to recommend to anyone who has a Marshall – if you have a problem with it, send it back to them at Milton Keynes. Very efficient and very reasonable.
Our last rehearsal was brief but very productive, with a new song well on the way. It’ll be in our set by the time our live season kicks off later this month.
Talking of gigs, next week I’ll be looking ahead to some of the shows we’ll be doing this year. Stay tuned! 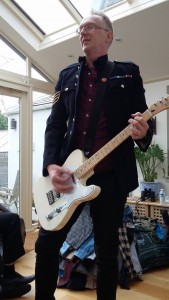 Welcome to the latest Mangels blog, bang on time as threatened. I’ve had a few people asking about gigs – when our next one is and why don’t we play much during the winter. Well, that’s easy. It’s too cold. You feel it more when you turn 30. We’ve always been much more of a summer band anyway, so we’ll be back in live action pretty soon.
Talking of gigs, we’ve had a few confirmed this week, including a couple of interesting festivals. Stay tuned for more details.
Just because we havn’t been playing live lately, dosn’t mean we havn’t been busy. With the help of invisible Mangel Mr. B, we’ve been putting together some video footage of us rehearsing, for your delectation. It’ll appear here very soon.
The sick amp is off to intensive care at Marshall, and I’m off on my travels too. Til next week, byeee! 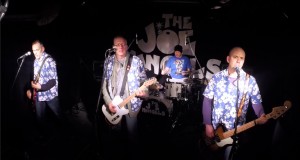 Welcome to the latest blog, admittedly a bit late, due in true style to some typical incompetence and buffoonery.
We’ve had a change of scenery over the last couple of weeks, with a move back over the border to the originator Mangels HQ. We’ve recorded live versions of a few songs, which might even appear on this site. Our rehearsal yesterday was a disaster due to my amp throwing in the towel after one song. At least it wasn’t on the stage at Riverside Rock like the last time it died.
We’ll be moving back to Berwick next week, and hopefully getting through a full rehearsal without any blow ups or breakdowns. Andy has asked me not to mention his new toupee, so I won’t.
Tune in for another update next week, I promise it’ll be here! 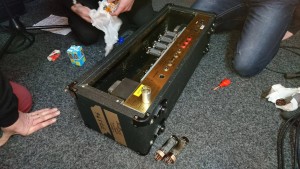 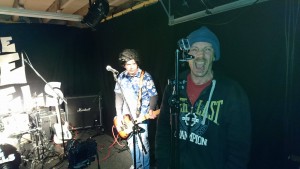 Hello and welcome to the first ever Mangels weekly blog. We have wasted the first one by trying to find an apostrophe on this computer, and failing dismally. that#s two hours of my life I will never get back. Stay tuned for next week/s update. 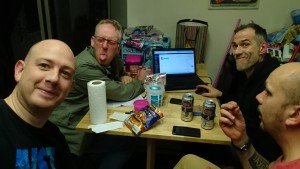 Stand by for some more classic country & western on the way. 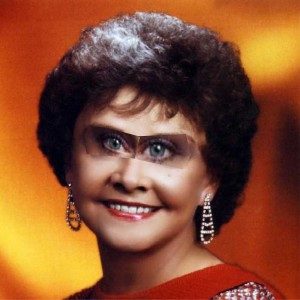 Huge great big thanks to anyone that came to see us in 2015.